So first of, Happy birthday to me. And I celebrated this morning by running a 5 Miler. I think being older has made me wiser. Look at all the great decisions I have made. I woke up at 5:30 am today and it was raining. First thought was YAY! great excuse not to go run. So I rolled over and back to sleep I went. woke up 20 minutes later and the rain had stopped and here is were the older and wiser comes in. I put on my clothes and went out for 5 miles. Yay! to being older.

It was such a great run. there is something about running after it rains that makes you feel like mother nature is on your side. there is a nice cool breeze that seems to push you faster and cool you down at the same time. everything seems greener and the smell of the wet earth rejuvenates.

on a different note I need more Nike friends to compete with. So if you use Nike running to track your runs please let me know. we can be buddies 🙂

I made a food plan for the week. I’ll post that later after I food prep and take pics.

It shall be done

Today was a good day. First weigh-in and I am at 176.0 That is down 3.8 pounds from my first beginning of the month weigh-in. that is  a HUGE drop and I am pretty sure I wont be seeing numbers like that very often. I think its because my body was jump started after being off plan for so long. Going Low carb and getting back to my minimum 3 miles a day seems to be working. I wish I could say the same for the 30DS.

Today was a day full of chores. I did my laundry, cleaned the house and went into to town to run some errands. I got in 4 miles of walking today and I felt rusty. I need to pump up my millage and start back on those long runs. I also went grocery shopping and got enough food for the week. I made a menu before hand and so knew exactly what to get. No carbs in my house (except the good kind fruits and veggies). I did however had some potato chips. a lady at the store was handing out free tiny sample sizes and i indulged especially after the long day with nothing to eat. It was only 4/5 tiny chips in it.

I also got some sweet smelling candles at the store. I haven’t done this in a while and though it might perk up my mood, scented candles have that effect on me. 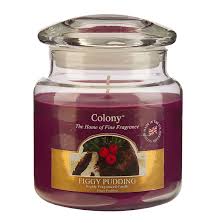 I also fund out that a mall is opening up within a five minute walk from my house and it has my favorite coffee house in it.(their carrot cake is to die for- Lord give me strength).

The plan for tomorrow is food prep and uploading pics and my menu plan. I hope I don’t get sidetracked, I just got season 1 and 2 of breaking bad in the mail. 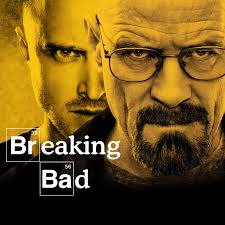 Today was my 5 mile run and my first success of the day was that I got up without once hitting the snooze button.  I kept my phone on the other end of the room and had to get up and walk across the cold floor and that got me up right quick. I got dressed and drank my warm water/lemon/ cayenne pepper concoction and I was out of the door in 15 minutes.

I was a bit wary of this run. Since the year started I have only done 5 straight miles once. If it wasn’t for that the fact that it was right there in black and white that today was a 5 miler, I don’t think I would have finished it. I was exhausted by the 3-mile marker. I mean wiped out. This just goes to show you how out of shape I really am. By mile four, I was ready to get a shortcut and get back home. Good ting there are no shortcuts to my route and I had to complete the whole thing. By the time I got home, I had done a little over 5 miles.

I had breakfast and went right back to bed.

tToday was my first actual run. 3 miles and it was glorious. It has been a while since I actually went out and run with a purpose in mind and it felt great. Now if we can just keep this streak going for another 17 weeks, we should be fine.

I got up at 5:31. Dallied around in bed and finally got out of the house at about 6am. The moon was out and there was a gentle breeze that makes me just wanna go go go.

I wasn’t fast at all but my main goal was to try and run as much as possible. I ran the first 2 miles and did a fast walk for the last mile. This is what happens when you take time of running. My body needs to get back to when I could run 3 miles in under 30 minutes without breaking a sweat.

Running alone in the early morning, as a girl is risky. In the past I never really paid much attention to be but of late I have been watching Disappeared on  the discovery channel where people just vanish out of nowhere and are never seen again and this spooked me a bit. Today morning, there was no one in sight and I kept imagining that some kidnapper or rapist murderer or even worse a Jehovah’s Witness would pounce our of the dark and grab me. As y runs get longer, I will need to leave the house earlier and earlier and my OH has no interest in getting up early and going out with me, so I figure I need to get prepared.

Here are some things to keep in mind while running in the dark.

1. wear reflectors.
Now this seems counter intuitive especially since you don’t want to be easy prey for the aforementioned nutters but you do want to be easily seen to avoid being hit over by a car. wear clothes that are bright and reflective and can easily be seen in the dark. another option is to buy reflector strips and pin them onto your running clothes.

2. Know your route.
I can not even begin to tell you how many times i’ve almost fallen into a man hole, pot hole or other types of holes on routes that i had not been on before. make sure that if you are running in the early mornings or late nights, it is a route that you know well and wont be surprised and later found in a ditch with broken limbs.No Bueno. Run the route during the day so that you are familiar with your surroundings.

3. Be aware
This just means to keep an eye on your surroundings. most of us like to run with our music  at full blast but this can be dangerous. you might not be able to hear an oncoming car honking or you will probably get distracted while someone sneaks up on you. as a general rule, I almost never listen to music if its dark outside and no one is around. if you cant run without music, keep the volume low to the point that you can hear what is around you or even better, run with only one ear plugged.

4. Other sensible things to do.

Vary your route. incase some pervy wanker has been watching out for you, you can switch it up and keep them guessing.Always Run against traffic because it’s easier to avoid a car if you can see it coming, carry an ID and cell phone incase of emergency.

try not be like the Idiot cop who sprayed a bunch of peaceful students.

Today marks day one of training.  Cross training was insanity cardio. As I embark on this journey, I want to be as well informed as possible. The first thought when training for a marathon is that all you need to do is run as much as possible and you will get to the finish line. However the reality is a bit more complicated than that.

When I got up today I was tempted to just skip cross training and go out for a run but decided that there is a reason why marathon experts include a day of cross training every week.

What is cross training?

What is the importance of cross training?

The things you can do are endless. Find something that you love and that will help along the way.

Tomorrow is day one of actual running. 3 miles.

A Student-Athlete Perspective on Nutrition, Exercise and Being Healthy!

Vegan & Vegetarian recipes from around the world

"Everything a college girl needs to know"

Baking Joy Into Every Gluten-free Bite

Join me on this journey as I get fit, lose weight, and possibly my mind.

[a curvy girl's journey towards health and wellness]

The health is out there

A Guide To Healthful Eating

The MISTRESS of all things fabulous..

The greatest WordPress.com site in all the land!